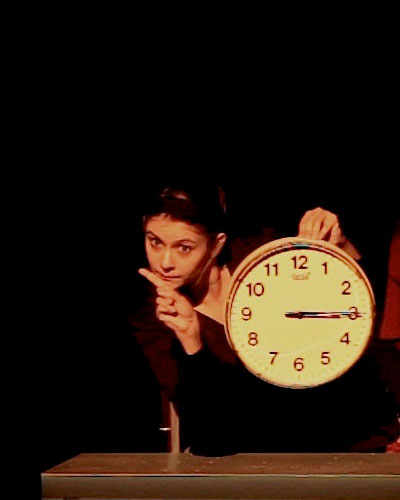 Rakhi Prasad is a theatre actor, entrepreneur and the director of operations at Matrix Partners. She started doing theatre during her Bachelors programme in Economics from Lady Sri Ram College, New Delhi. She did a double masters in Computer Science from the University of Michigan, Ann Arbor. During her masters in Financial Engineering from Columbia University, Rakhi worked as a production assistant for a New York based theatre company, Alter Ego. After her return to India, she co-founded Treasure Books, a children’s bookstore, and Kahani Karnival , a non-profit trust with the mission of spreading the joy of reading amongst children. She has also worked at Goldman Sachs, New York as a structures product’s strategist and Enam Securities, Mumbai as an investment Banker. She became part of Tram Theatre in 2013. She now works as the Director Operations at Matrix Partners, a venture capital firm in Mumbai. She is also the President of Tram Arts Trust.

Choiti Ghosh is an Object Theatre practitioner, puppeteer, actor, singer, writer & director. Born into a family of 5 generations of theatre-makers, she was initiated early onto the stage. Her first performance was at the age of 3 years. In 1998, at the age of 18 years, she started her professional career in theatre with her home company ANANT which specialized in children’s theatre, as a performer, facilitator and manager. From 1999 – 2003, she worked simultaneously in the field of alternative education with the well-known educationist Prof. A.K. Jalaluddin. She gained her experience in different kinds of theatre in India by working as a freelance actor, singer, designer, writer with various theatre companies in India including Dr. Habib Tanvir’s Naya Theatre, Dr. Ashish Ghosh’s ANANT, Mr. Sunil Shanbag’s Arpana, Q Theatre Productions, Manav Kaul’s aRanya and various others. In 2004, Choiti was initiated into puppetry with Anurupa Roy’s Katkatha Puppet Arts Trust. She continues to be part of the group as a puppeteer, writer and singer. In 2010 she trained in Object Theatre under the well-known Belgian Object Theatre artiste Agnes Limbos at the Institut International de la Marionnette in Charleville Mezieres, France. In 2011 she started Tram Theatre with like-minded colleagues with the vision to specialise in Object Theatre in India. Choiti has been a researcher-in-residence at the Deutsches Forum fur Figurentheatre und Puppenspeilkunst (DFP) in Bochum, Germany in 2012 and at the Institut Internationale de la Marionnette, Charleville Mezieres, France (2015). She was part of the British Council India delegation to the Edinburgh Fringe Showcase, UK in 2012. She was a recipient of Sahitya Rangabhoomi Vinod Doshi Fellowship for Outstanding Young Artists for the year 2011. She is one of the founders of Tram Theatre, now known as Tram Arts Trust, of which she is the current Secretary.

Joyoti Roy is an art conservator, museologist, writer, singer, actor and arts manager. She started doing theatre at a very young age, as a child actor in theatre by and for children. Later she grew to be an actor, facilitator, manager in Theatre For Young Audiences with the Delhi based TYA company, ANANT. In 1999, she joined the well-known Delhi based Street Theatre group, Jana Natya Manch, of which she is now an Executive Committee Member. She received her Masters degree in Conservation and Preservation of Objects of Art, at the National Museum Institute, National Museum, New Delhi, India, in 2003 from which she graduated with a merit scholarship. She has been a Charles Wallace India Trust Awardee for the year 2008 for a fellowship programme in conservation of contemporary art at the Tate Gallery, London. She has worked as the Projects Manager, Museum Reform Projects, National Culture Fund, Ministry of Culture, Govt of India; Chief Archivist at the Alkazi Foundation for the Arts; Senior Conservator and Research Coordinator at the Indian National Trust for Art and Cultural Heritage (INTACH); Art Conservation Centre. She now works as Head, Outreach Department, National Museum, New Delhi, Ministry of Culture, Government of India since January 2014. Joyoti is one of the founding members of Tram Theatre, looking after the design and management aspects of all its work. She is currently the Treasurer of Tram Arts Trust

Karan Talwar is a film-maker, writer, photographer, graphic designer and visual artist. He worked as a film-maker and associate director with well known film-maker, Prakash Jha wherein he executed whole feature projects along with secondary responsibilities including marketing and graphic design. He also assisted in various advertisement films and produced television shows for Doordarshan (Indian National Channel) and NDTV Imagine. His profile also includes graphics and web designing, web developments, art portfolios, directing fashion videos, writer of short films, editor and product designing. Karan is one of the founding members of Tram Theatre and now one of the managing trustees of its new avatar, Tram Arts Trust. He looks after the design and marketing/outreach side of Tram’s works.

Wamiq Abbasi is a businessman by profession and a theatre artist by passion. He started doing theatre in in 1982 while in college, where he did multi-lingual theatre in Hindi, English, Urdu and Punjabi. Afetr college he joined Ruchika Theatre Group in New Delhi under the direction of Arun Kukreja and Faisal Alkazi. He 1986, he formed a theatre group called Collegiate Drama Society Repertory Company, which later gained repute as The Entertainers. In 1989 he started working with well known Indian theatre company, Naya Theatre under the direction of stalwart Dr. Habib Tanvir. He continues to be one of the managing trusteed of Naya Theatre. Wamiq is one of the managing trustees of Tram Arts Trust and works in an advisory and guidance capacity, overseeing all projects with his many years of experience.

Suraj Tomer is an Indian theatre & film artist. He started his journey with the Amazing Thoughts Theatre group in Delhi from 2006-2011. In mid 2011 he moved to Mumbai & started working with Tram Arts Trust & The Company Theatre. He is known for theatre plays like "Alice in Wonderland", " Manodasha", "Yugdrishta", " Fandi" amongst others.

Vikas Baid is an actor, dancer, choreographer and objecteur. He been working professionally in theatre for the past 5 years acting, devising, conducting workshops and choregraphing. He is a trained hiphop and contemporary dancer. His love for objects and puppetry brought him to Tram 2 years ago. With a passion to explore the vocabulary of object theatre he has been a professional objecteur, puppeteer and conductor and attempting to combine his dual loves of dance and objects. Ronkini Gupta is a singer, song writer, music composer and voice trainer. As a Sangeet Visharad, she is recognised to be one of the most promising young artists in India. She has sung and composed for television, films and stage. Her love for live performance leads her to not only to write and compose for Tram, but be a part of the shows as an on-stage singer/performer. She works as Tram’s in-house voice trainer.

Rahul Rai is a poet, playwright and lighting designer. He works with theatre groups Tadpole and Yatrik in Delhi; and Motley, Rage and Tram Arts Trust in Mumbai. He has also been the lighting designer for Indian Ocean, one of India’s most prominent bands. As a lighting designer he has travelled a lot within and outside the country. He participated in the Dublin Theatre Festival 2013. He has Masters degrees in Hindi literature and philosophy. He is an editor and contributor to Kachhikavita ¬– an online journal of poetry in Hindi. Rahul was the Associate Director of the acclaimed documentary Izzatnagari Ki Asabhya Betiyaan. He has also written for the stage and his plays include Kaali ghadi and Shoony batta sannata. Currently he is writing his new play “Outer Delhi” under the mentorship of Royal Court (U.K.).

Abhisar Bose is a film-maker by profession. He works as the documenter for Tram’s works along with doubling up as production-in-charge for many shows. His training in theatre came under Dr. Habib Tanvir’s Naya Theatre where he worked for 5 years as the production-in-charge and stage manager. As a film-maker he found his training under well-known Indian film directors like Sudhir Mishra and Prakash Jha. The visual language of Tram’s Object Theatre works finds a meeting ground with his cinematic eye. 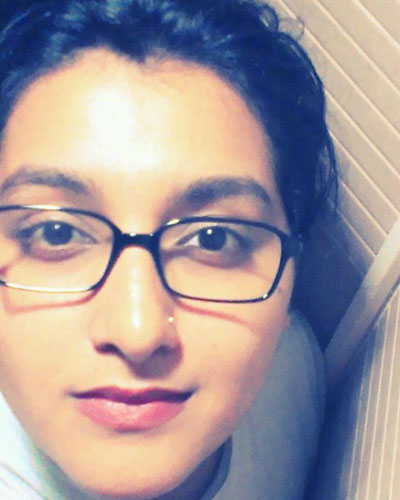 Sananda Mukhopadhyaya is an educator, specialising in the arts. She finds herself interested in the performing arts, visual arts and museums. Having worked in the classroom as a facilitator for several years, she has a keen sense of programming and design for learning. Her work in the theatre has been in lighting engineering and with Objects. Over the past five years she has been working with Tram theatre; lighting their plays and contributing the research related to the group's work and interest. Her practice today is an amalgamation of her training in dance, pottery, museum studies, theatre and her vast experience gathered over a decade of having worked with individuals and institutions dedicated to the arts. She currently lives and works in Delhi with the Foundation for Indian Contemporary Arts, previously she has lived and worked at Kochi with the Kochi-Muziris Biennale and in Mumbai, where she has been an integral part of developing the Young People's Theatre Programme for Theatre Professionals.